You must have heard people saying, you should never leave your phone plugged in overnight, it may ruin the battery. Well, it’s a myth. There are a number of such common technology or tech myths out there that lots of people think are true while there is absolutely no truth in them.

Almost every aspect of technology has several myths about it that are baseless but still believed to be true by a good share of people. However, when you check technical details about a myth, it comes out to be false. So, in this post, we are going to bust or debunk 8 common tech myths.

8 Common Tech Myths that are Not True

Just like we said above, we are going to explain why these tech myths are not true and why you should not believe them anymore. Let’s get started.

When it comes to battery myths, most of us are left with true facts from the old days. But those do not apply to modern devices. One of the common technology myths about battery life is that if you leave your phone charging overnight, it will harm the battery.

This is not actually true, because modern devices are smart enough to not let this happen. For example, if you leave your smartphone charging overnight, as soon as the battery reaches its maximum capacity, the smartphone just stops charging the battery. And it starts using the connected adaptor as its main power supply. No extra charge passes to the battery and your phone is completely safe if you charge it overnight.

Another one of the common tech myths about batteries is that you have to let them discharge completely every few days. This is also not true for Lithium-ion (Li-ion) batteries.

Let’s move on with our common technology myths. A lot of people keep away from Jailbreaking iPhones because they think it is illegal. This, however, is not actually true. Jailbreaking is perfectly legal. However, if you use Jailbreaking to download copyrighted content, well, that is illegal.

Jailbreaking was made legal back in 2012 with an exemption made to the “Digital Millennium Copyright Act”. But Apple still doesn’t want people to jailbreak their devices which is why jailbreaking effectively voids its warranty. However, you can un-jailbreak your device and no one would ever know.

Rooting is pretty much the same way. It’s perfectly legal to root your android device, just make sure you do it properly and don’t end up leaving your device bricked.

Another common technical or tech myth is related to cameras. When it comes to buying smartphones, most people judge the camera by its megapixel value. It is not completely incorrect that more megapixels are a better thing. But the problem is that the megapixels are not the only thing that plays in the camera. The quality of lenses and sensors also matters a lot.

In fact, a higher number of megapixels requires more accurate lenses and better sensors for a good quality image. And if these things are not present, the image quality will actually be worse than a similar lens and sensor camera with fewer megapixels. For example, Moto G4+ has a 16MP camera while the Galaxy S8 has a 12MP camera. You can take a look at the picture taken by both cameras, S8 captures way better photos.

When it comes to the performance of the camera, there are things like aperture and the size of the pixels that matter a lot more. For example, a camera with an F1.7 aperture will capture more light than a camera with an F2.0 aperture camera which will result in a lot less noise in low-light pictures. So, it’s time to stop believing in these common technology myths.

This is a very common technical misconception or tech myth that a lot of people have. The number of network bars that are displayed on smartphones is not an indicator of the quality of service. It’s an indicator of signal strength from the cellular tower it is connected to.

Torrents, well, we all have used them. And we are pretty sure that you must have seen messages on various torrent websites saying that “URL has been blocked by telecom department or authorities” or a similar message. But does that mean that torrents are illegal? Actually no, torrents are not illegal despite several common tech myths about them.

Torrents are simply a method of peer-to-peer file sharing. This is exactly how file-sharing apps work on Android phones using Wi-Fi hotspots. Even Ubuntu is officially available to download via torrents. So, as long as you are not downloading copyrighted content via torrents, you are not actually breaking any laws.

Copyrighted content includes TV shows, movies, songs, software, games, etc. Downloading things like that via torrents is, without any doubt illegal. Bottom line is, as long as you are downloading the content that you have the right to download, you are not actually breaking any law.

It is one of the most common tech myths is that Bitcoin is illegal. Bitcoin, the decentralized digital currency confuses a lot of people and there are a lot of discussions going on about its legality as well. We cannot say anything about the overall legality of Bitcoin because every country takes a different approach to it.

Remember when you created your Facebook account, the home page says the things like “It’s free and always will be”. Well, that’s not true at all. It’s a common tech myth that free services are actually free. We are sorry to burst your bubble but nothing is free. Websites like Facebook and services like Gmail and YouTube are offered as free services but it’s not strictly true.

These websites and services display ads and earn revenue through that. They display these ads using the person’s age and interests. So, they may not be charging you via your credit card but they are surely charging you in terms of personal life. When we say personal life, we mean highly personal details.

Some of the examples of the personal data that website like Facebook use to target ads includes the Phone you use, places you visit, pages you interacted with, and many more. What’s scarier is that this is the data that Facebook publicly tells that they have, they probably have a lot more. And all that data is being used by advertisers to display ads while we think that we are getting access to these websites for free.

You can check your data in Facebook ad preferences. Even Gmail is known to scan and index emails that we send and receive and use that data to sell personalized ads to users. The things that Google knows about us are actually quite terrifying. In fact, if you use Google Maps, Google basically always knows where you are at all times. Just think about that for a while.

Myth 8: Refreshing Windows makes it Faster – No it Doesn’t

This is one of the most believed common technology myths. We have all got into the habit of pressing the F5 button to refresh Windows with the subconscious hope that it will make Windows faster. Well, this is not true at all. Refresh Windows is nothing but reloading the desktop content and index changes. It is useful only when you made changes to a file and it is not reflected in explorer. Refreshing can make these changes visible on the screen.

Modern Windows are smart enough to reflect the changes automatically whenever there is any change made to a file or folder. Refreshing can be useful for Network drives that don’t reflect changes immediately. So, the truth is, refreshing your Windows will never make it faster. In fact, it adds more load to the computer to handle and more elements to read.

Common Tech Myths Debunked or Busted for You

Well, these were some common tech myths and why there is no reason to believe in them. Besides these there are several other common myths that are believed to be true by many people. However, there is hardly any truth to them.

So, what are some common tech myths that you have heard about? Do let us know in the comment section below. You can also subscribe to our newsletter to get such tips directly into your inbox. 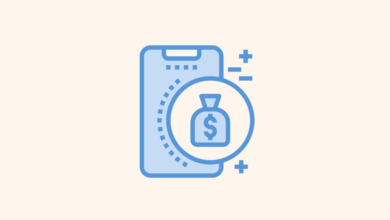 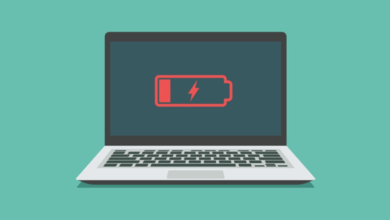 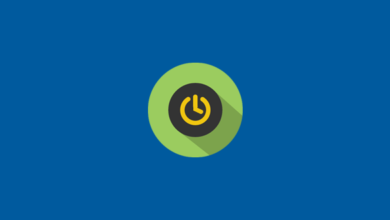 How to Power On your PC Automatically on a Schedule