FileVault on macOS provides security to your files by encrypting the HDD using XTS-AES-128 encryption. It is pretty good encryption to protect your valuable data from unauthorized access. But recently several users have reported that they can’t turn on FileVault on their Macs and weren’t able to fix FileVault issues.

So, if you are also facing the same issue on your Mac, you have landed at the right place. In this tutorial, we are going to show you how to fix the “FileVault won’t turn on” issue.

SEE ALSO: How to Fix AirDrop Issues on Mac and iPhone?

How to Fix FileVault Related Issues on macOS

In this tutorial, we are going to use the three most common and reliable approaches to fix the “can’t turn on FileVault” issue on macOS. These three approaches are Safe Mode, Disk Formatting Repair, and Software Update respectively. So, let’s start with the Safe Mode.

A) Use Safe Mode to Fix FileVault Issues on your Mac

Let’s try the easiest method first. So, we are going to use Safe Mode on Mac to fix FileVault issues. The Safe Mode in macOS prevents corrupt programs from starting automatically. And it also scans and repairs the disk errors if any. Besides these, Safe Mode on macOS also removes Font cache, Kernel cache, and other cache files making macOS load faster.

SEE ALSO: How to Start Windows 10 in Safe Mode?

B) Use Disk Utility to Repair the Disk Formatting

Sometimes, disk formatting might create problems with FileVault preventing it from turning On. So, as a second solution, we will try to fix disk formatting errors to solve the “FileVault won’t turn on” or “can’t turn on FileVault” issue. We will use the native Disk Utility available in macOS.

Software bugs may cause issues to almost every application. And as we all know, the best way to fix bugs is via Software update. So, as the last resort, we are going to run Software Update on Mac.

SEE ALSO: How to Factory Reset your Mac and Reinstall macOS?

Solve the “Can’t Turn on FileVault” Issue on Mac

We hope you have successfully solved the “FileVault won’t turn on” issue on your Mac. If you still can’t enable the FileVault on your Mac, we suggest that you try Factory Resetting your Mac as the last resort. But we hope you won’t need it. You can also check this tutorial for hiding files and folders on Mac.

Hope you found this tutorial helpful. In case you have some queries or suggestions, please share them in the comments down below. You can also subscribe to get such tutorials directly into your inbox via email. 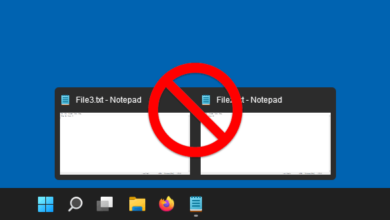