You must have heard of Android Go, right? This Android variant is meant for entry-level Android smartphones. Well, Google in preparation for Android Go has been releasing a number of Go Apps. These apps are supposed to be light on the resources and also use less data to work flawlessly on smartphones that are priced way lower than regular Android smartphones and are not resource rich.

We decided to check out whether Android Go apps actually do what Google says they do? With Google releasing go variants of most of its apps we really wanted to see if the company’s claims about them were true. So, we tried them out. Here are our thoughts on the state of Android go apps, and whether they actually make a difference? Now, let’s jump into Android Go.

Are Android Go Apps the Future of Low Range Smartphones?

So far Google has released a bunch of Android go apps including Google Go, Files Go, Gmail Go, YouTube Go And Maps Go. That was a lot of Go’s. Let’s see what the fuss is all about.

First off, we tried the Google Go app which is supposed to be much lighter on the system while offering the most useful features from the regular Google app. The app is clearly designed to look simple and has features like Voice search, Maps, GIFs and even Google Translate. All that for an installed app size of just around 12 Megabytes.

In comparison regular Google app occupies around 166 MB. That’s insane! Sure Google Go doesn’t have features like the Google feed, but that’s really OK considering the space you’re saving. And a lot of people anyway don’t really use the Google feed. Apart from that, Google Go pretty much has every feature that you would expect in the Google app.

Not just that, Google Go uses way less RAM than regular Google App does. In our tests, we found Google Go used about 61 Megabytes of RAM on average while the Google app used a whopping 250 Megabytes. We tested the RAM using ADB so you can count on the results to be pretty accurate. That’s a way to go for Android Go Apps.

After Google Go, we moved on to Maps Go. Maps Go is an app that struck us as especially interesting, because the APK was just 0.09 Megabytes in size. Just let that sink in a bit. For comparison, the regular Maps app is a massive 48 MB. It’s not massive but as compared to the Maps Go app, well, you get the point, right?

The Maps Go app offers a lot of the features from the regular Maps app including directions and what not. That’s insane! Maps Go takes up less than 200 KBs of storage after installing as compared to maps which takes up around 87 to 90 Megabytes. However, that insanely small size comes at a big price and you can’t expect everything from Android Go Apps. The Maps Go app doesn’t support navigation. You can get directions but can’t go from directions to real-time navigation and that’s a big turn-off for me.

However, it has that awesome feature from Google Maps web app where you can get traffic information for different times of the day to plan your journey accordingly. That is one feature we wish that the regular Google Maps app had. In terms of RAM usage as well Maps Go is amazing. It used just 3.5 Megabytes of RAM on average as compared to Google Maps which used a whopping 183 Megabytes. Way to go Google!

Yeah, the difference isn’t all that big but Files Go more than makes up for it with the features it offers. Right on the home screen, the app offers a number of useful features including Cards to clear out low resolution images, duplicate files, app cache and even an option to uninstall an app that you’ve not used in a while. All of that fit into a beautiful package.

Files Go is honestly a Go app because it helps users carve out more space on the devices. Instead of being mind-numbingly small like Maps Go, Files Go tries to ensure that all those WhatsApp good morning images don’t eat up your storage.

SEE ALSO: How to Set Gmail as Default Email App on iPhone in iOS 14?

Even on an entry level device chances are people may want to check their emails and Google knows that. The company also has a Gmail Go app, so that people can enjoy the ease and simplicity of Gmail on their phones.

So you won’t miss out on anything. It even includes the swipe gestures from the regular Gmail app. Wow! We think one could easily use the Gmail Go app instead of a regular one. Let’s see!

SEE ALSO: How to Sync Contacts from Gmail to iPhone or iPad?

Obviously, Google thought of the people who want to consume videos on their phones, that’s why the YouTube Go app is there with other Android Go Apps. The YouTube Go app is different because it focuses on saving your mobile data and storage more than anything else.

As observed that tapping on a video doesn’t play it but presents options to either play it or download it. It’s not very feature-rich app, it doesn’t have all the tabs you’ll find in the regular YouTube app and you can’t even subscribe to channels in the YouTube Go app. But it brings one unique feature, YouTube Go users can share downloaded videos with their friends nearby.

Switch to Android Go Apps and Give your Phone a Boost

It’s pretty clear that Google has created some spectacular apps for Android Go edition phones. Google’s claim about using much less storage than regular apps holds completely true. According to our calculations the regular versions of these apps took up around 500 Megabytes of storage while the Go variant took up less than 80 Megabytes. It’s amazing and mind-boggling at the same time.

It’s obvious that Android phones in the price range of three to five thousand rupees might perform very well if they use Android Orio Go Edition. And Google is already in talks with developers to bring lite variants of their apps as well. That it!

It’s not like you can only use these apps on low-end devices, even if you have a flagship phone, you should definitely give these Android Go apps a try. They will help with lagging issues and make the experience a lot better (Specially for Samsung users ;P). Well, those are our findings on why Android Go apps make sense but what do you think? Do let us know in the comment section below. 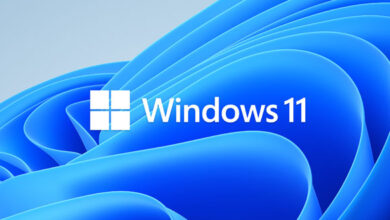 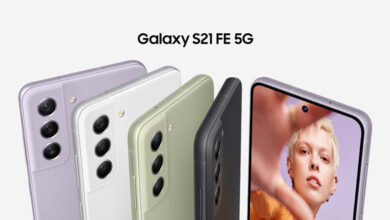 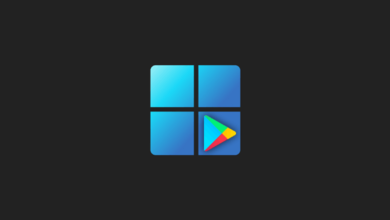